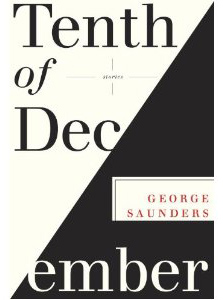 An old man with a brain tumor escapes his hospital bed and wanders in the snowy woods where a kid falls through the ice. (Worst summation ever?) (EDIT: Worse than I thought; I’d forgotten the word tumor. Of course he had a brain.)

The ice edge broke again, but, breaking it, he pulled him- self infinitesimally toward shore, so that, when he went down, his feet found mud sooner. The bank was sloped. Suddenly there was hope. He went nuts. He went total spaz. Then he was out, water streaming off him, a piece of ice like a tiny pane of glass in the cuff of his coat.

Artists rarely save their title track for the end, but it’s easy to see why here. This story’s a straight-up heartbreaker. Maybe even a tearjerker. Then again, it’s unexpectedly life-affirming or at least bleak-lightening, or. I don’t know. And per It’s 3-something in the morning. I thought I went to bed early. Turns out it was just a nap. It’s a fine time to read this story, but writing about it? Not happening. You can read it here.

So that’s the end of the collection, and right on time, given that the flimsy spine of the advanced readers copy is about ready to give up the ghost. Shame to see a signed book falling apart, even one that lasted long enough to be read. I won’t be lending this one out.