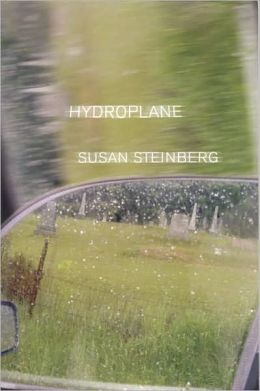 A girl and her brother move in with their father after their mother’s death.

And there was a night my brother and I walked home from the city park. The street was unlit and we were the only ones. A car slowed beside us. We kept on walking. It was Baltimore and we knew how to get home. The car crept along and we walked a bit faster. The window went down. The man said, Get in, and we ran.

And I always wondered, years after the man slowed his car and said, Get in, where we might have gone had we gotten in.

This story really blows my mind. I mean, really blows it. It’s long and the structure isn’t linear. It’s so wonderful that I hope it took her years to write so I won’t want to give up on writing forever.

“To Sit, Unmoving” tells the story of the siblings’ lives in Baltimore as well as their lives in San Juan, where their father owns a factory that makes masks that “filter dirt.” I love Steinberg’s asshole father and this brother who is not retarded but laughs at inappropriate times and can’t tie his shoelaces: “My brother could say the alphabet backward and he could count backward and he could do other things that I couldn’t do. And I wasn’t stupid. So he wasn’t retarded.”

This story was originally published in McSweeney’s 20. It won a National Magazine Award in 2007. You really need to buy this collection and read and read and be jealous and want her to be your bestest friend in the world. Or maybe not, because then I won’t feel so special.