A woman lives alone in a neighborhood of families.

(from Who Do You Love)

We’re eating peanut-butter-and-jelly sandwiches in bed. Peanut butter and jelly is all we could find in the kitchen. The television is on and we’re hitting the remote switch: talk shows, baseball, Japanese science fiction. I like Clark better with his clothes off. The pattern of white and sunburn reminds me of the pattern in his lawn.

“I don’t care. Everything can burn down.”

I’m obsessed with Thompson right now, who is prolific and talented and not nearly well known enough. I particularly like the way she writes about single women. As a divorced woman in her thirties, I know all too well what it’s like to have nothing in the house but peanut butter and jelly, to be considered “suspect.” Thompson’s writing is precise and surprising. In one paragraph, she can have a character talking to a married neighborhood man on her porch and, a few paragraphs later, without any explanation, we find them in bed. Somehow she makes this work. It’s hard to get away with stuff like this in fiction–readers want to know why, what happened–but Thompson gives us that with very little. This story feels like an entire world, a novel in a short story, which, for me, is the best kind. You should really buy this collection.

“Fire Dreams” was originally published in The New Yorker. If you’re a subscriber, you can read it free online.

A single woman in her early thirties suffers burnout at work and in life.

(from Who Do You Love)

Her job was not to eradicate poverty, but to tend and manage it as you would a crop. Her job was to make poverty more tolerable. Sometimes she imagined the city’s misery as water backed up in a dam, passive but threatening, and herself as a kind of engineer, monitoring the pressure, opening sluices and closing valves. If you supplied one old woman with transportation to the doctor’s, the teenage prostitutes or the Vietnamese refugees living in church basements would somehow be appeased.

“Who Do You Love” is the title story of Thompson’s collection, published in 1999, which was a National Book Award finalist. I never thought I liked Thompson, to be honest, but I kept buying her books because I thought I should like her. People told me I would like her. I pulled this out the other day, intent upon giving her another try, and I’m so glad I did. I’ve read it twice already. The story is about a thirty-two-year-old woman named Judy Applebee who coordinates human services for her city. Thompson clearly knows what she’s talking about. I’ve worked a government job before, taking disability claims in a leaky office with thin partitions, where old ladies are named B.J. and everyone wants you to buy awful things out of catalogs, and she gets it exactly right. Thompson writes this story so much better than I ever could, and I’m so glad she did. I highly recommend you read this, particularly if you’ve ever worked a job where you wanted to make a difference, intended to make a difference, and became discouraged by the impossibility of the situation.

A group of teenage girls are murdered in an ice cream shop in Austin, Texas.

Near the dumped-over register drawer, a bed-wetting nine-year-old boy we’d all babysat at one time or another appeared. Nicholas. He smelled like sandalwood soap and pee. He would lie to us about brushing his teeth. He would walk in on us in the bathroom where there wasn’t a lock. What are you doing here? we demanded. His stealthy blue eyes gazed back. You must be cold, he said to us on the floor. Where are your clothes? He pretended not to know they were burning. Nicholas. Some things never change.

I’ve never read anything by Blackwood before, but this story (for lack of a better way to say it) blew my mind. Described by Jill Meyers as “a ghost story based on historical events,” it is riveting and ambitious, told from multiple points of view and capturing each of them exactly. The historical event refers to the murder of four teenage girls in an Austin yogurt shop in 1991, after which the shop was set on fire. It’s a crime that has never been solved, and more than 50 people have made false confessions over the years, a fact that I find astounding. Perhaps I’m more interested in the story because the crime occurred in my city? I don’t know. Maybe. But mostly I just think it’s a damn good story and I can’t wait to get my hands on the novel. American Short Fiction is currently on hiatus, but you should try to get a copy of this issue. 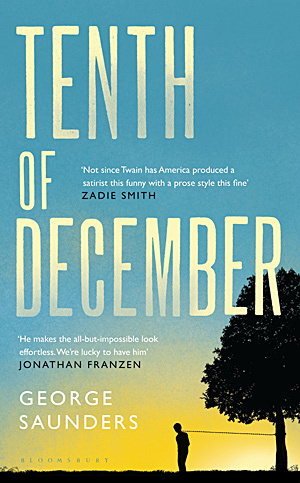 A mean dad’s one acknowledgement of seasonal spirit is decorating the metal cross out on the lawn.

We were allowed a single Crayola from the box at a time.

I’m a sucker for finality. So, even though this is just a two-pager, there’s an ending at the end and it hurts. Read “Sticks” here. It will take about three minutes. You have three minutes.

Oh hey, right now Kindle versions of a lot of the 2012 Best American books are $1.99 on Amazon. This is not an advertisement, merely a little reader-to-reader tip. I just bought a bunch, my first e-reader purchases. 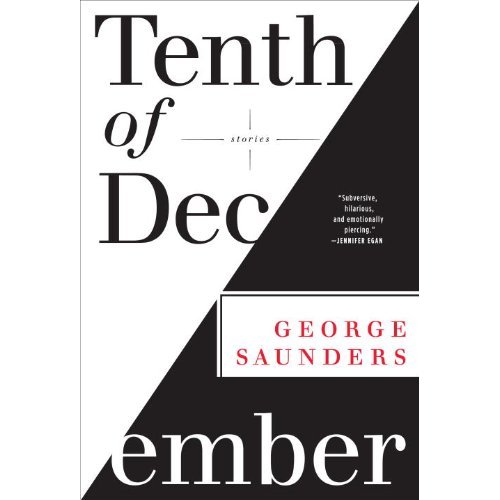 Kids in suburbia contemplate moral grey areas when a guy with a van and a knife shows up.

He took off his shoes and stood mentally rehearsing a little show he liked to call “WHAT IF . . . RIGHT NOW?”

WHAT IF they came home RIGHT NOW?

It’s a funny story, Dad! I came in thoughtlessly! Then realized what I’d done! I guess, when I think about it, what I’m happy about? Is how quickly I self-corrected! The reason I came in so thoughtlessly was, I wanted to get right to work, Dad, per your note!

I’ll always love the old George Saunders, the guy who could make miserable theme park out of anything (and I may encounter him as I get further into Tenth of December), but in recent years he’s wowed me with less confining, more spry storytelling. There’s still all the agony and inner dialogue, but there’s also a sense of possibility. “Victory Lap” hops from one p.o.v. to another as this attempted abduction unfolds, and if we don’t pick up on why French phrases drop in unannounced, or if a character is instructed to bury a geode (is this a thing? people bury geodes?), that’s fine. More importantly, the dread we feel as readers watching the Horrible Thing go down, is usurped by an unexpectedly Possibly Hopeful Act. Which is not to say things end well for anybody.

I’ve said too much. You should just read it. Some swashbuckling lit professor has made a .pdf of “Victory Lap” available here. But it wouldn’t kill you to just buy the book.

What better excuse for me to get back in the writing-about-short-stories game than a new George Saunders collection? Actually there were two excuses, the first being the divine intervention of Mary Miller — once the subject of many an I Read A Short Story Today post — who summoned this thing back from the abyss by becoming co-editor. Very cool.

An elderly widower decides to live out his remaining days in his birthplace, Puerto Rico, leaving his son behind.

My father kept getting farther away. I watched him turn smaller and smaller so that, at some point, I couldn’t separate his arms from his legs, his head from his feet. His body slipped farther out, becoming a tiny mass billowing like a dead sea animal, then becoming a dot, and he could’ve been anything to me: a small ship approaching the harbor, a lost sailboat without direction, or an unmoving island far away at sea.

The first two-thirds of “Calm Edge of the Earth” is set in present time, a grown son coming to terms with his father’s imminent departure. I really enjoyed this part of the story. Rosado is able to write in a very detailed manner about eating Chinese food and going through airport security in a way that makes these mundane things seem fresh and interesting. The latter one-third of the story, however, is backstory, and we never return to the present. In the backstory, the grown son is a six-year-old boy, and his father is teaching him to swim. The boy fights the waves, afraid he’ll drown, but the father trusts the ocean to support and carry him. Ultimately, even though well written, this was too story-like for my tastes. I was conscious of the writer in a way I hadn’t been before, and it made me feel like I was getting a metaphor for the ways in which each of these men dealt with life (which I was). It’s a shame, really, because the writing here is excellent, and I enjoyed the story that was being told in present time very much. I just wish we could have stayed there, or that the ending had been handled with more subtlety.