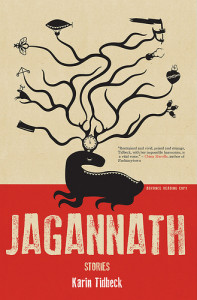 Franz Hiller, a physician, fell in love with an airship. He was visiting a fair in Berlin to see the wonders of the modern age that were on display: automobiles, propeller planes, mechanical servants, difference engines, and other things that would accompany man into the future.

I forget what I read that made me want to pick up this collection by this Swedish author Id never read before, but I remember being promised weirdness and that’s what I got. I had a feeling that the humans at the center of “Beatrice” would not find contentment in their infatuations with their barely animate objects. After all, how will you know if an airship loves you back. How can you tell if a steam engine feels what you feel?

And the fact that these two aloof objects of affection are obsolete by modern standards — is that a sign their love is doomed? There’s a lot to think about and a lot left to the imagination in this very short story. should Franz have known better? Should Anna? Are they to blame how it all turns out?

“Beatrice” was turned into a piece of puppet theater, which sounds pretty awesome. You can read this story here, as part of a steampunk anthology. That makes some sense to me. 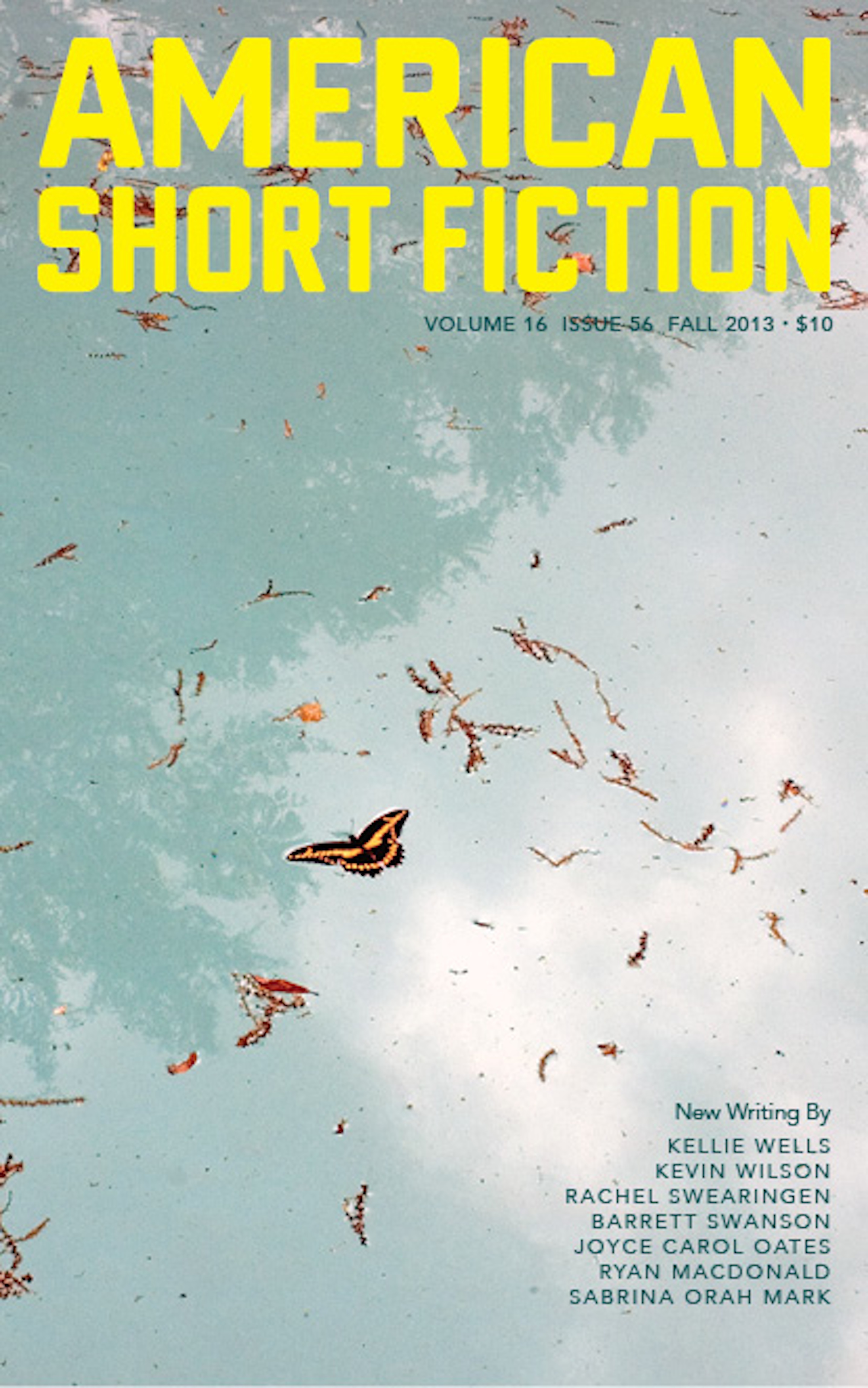 A slumber party turns into a horror film.

These girls, and they always thought of themselves collectively, like a dues-paying club, weren’t athletic or exceptionally studious or overly attractive. But they weren’t overweight and they weren’t goth and they weren’t special ed. They did drugs, but always together and never in a place where someone would take advantage of them…They existed in a no man’s land where the kinds of boys they wanted to kiss would forget them instantly and treat them like shit around their own friends, and the kinds of boys who wanted to kiss them were too terrified to ask…

This is the relaunch issue of American Short Fiction, which went on hiatus in 2012. The Fall 2013 issue should be available in bookstores soon, or better yet, subscribe. Their tote bags are also damn cute.

So onto the story. I would like to report that Kevin Wilson knows teenage girls. He knows them well. Does Kevin Wilson have a teenage girl at home? Did he have a lot of sisters, perhaps? He captures this group both individually as well as collectively.

With Lanie’s wealthy parents in Colonial Williamsburg for the weekend, she throws a slumber party with her 25-year-old ne’er-do-well brother in attendance. They decide to make a horror film with Wolfgang manning the camera (he won’t let them use it). Wolfgang becomes slightly more threatening as the night goes on–invading their personal space and filming them between shots for “behind the scenes” footage. The girls spend the next eight hours eating “radioactive nachos” and making knives and blood while snorting Lanie’s mother’s diet pills to keep themselves going. I can’t say enough good things about this story. It feels like a spend the night party I went to at fifteen, only a lot more fun. We mostly just drank our parents’ vodka and replaced it with water; sometimes a few boys would come over and do something stupid, like light themselves on fire. Wilson really makes me miss spend-the-night parties, which, as a whole, were awful and upsetting things. 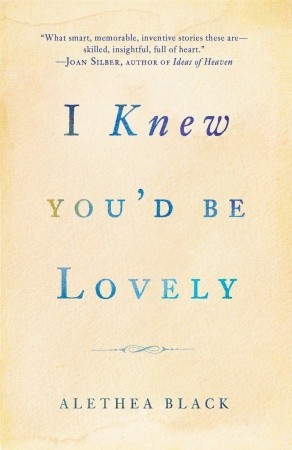 Fetterman takes his teenage son on a camping trip.

(from I Knew You’d be Lovely)

“Jesus!” said Fetterman, swerving just in time. A deer was standing in the middle of the road. In the backseat, Derek remained unfazed. They rounded a curve and passed a deer warning sign. “Little late now,” Fetterman muttered. He’d always thought deer warning signs had a lot more artistry than other road signs; the deer were rendered in much greater detail than humans. Derek took off his headphones, and Fetterman seized the opportunity to ask him a question. “Do you know why deer graze so close to the road?”

I really like this story, which revolves around this father-and-son pair attempting to bond on a camping trip. Fetterman is in way over his head, has no idea what he’s doing, in terms of camping or how to father his recalcitrant son. I love all of the facts that are woven throughout, like the answer to the above question. Do you know what it is–why deer graze so close to the road? “Because the grass is saltiest there, especially in winter.”

Who knew? Good to know.

“The Only Way Out Is Through” originally appeared in Narrative Magazine. Read it here. I think you have to create an account, but unless something has changed, it’s free.

A woman who can’t forget her past struggles to live in the present.

(from The Vintage Book of Contemporary American Short Stories)

We were so many we were without number and, like tadpoles, if there was one less from time to time, who counted? My maternal great-grandmother had eleven daughters, seven sons; my grandmother, six sons, five daughters. Each one made at least six. Some made nine. Six times six, eleven times nine. They went on like multiplication tables.

I haven’t posted in a while, so I woke up this morning thinking I’d read a quick story and write a little something about it. Though this isn’t a particularly long story, it’s one woman’s life haunted by hundreds of others’. I had to pause every few moments to soak up the horror, e.g. “I told her: that one went insane–got her little brother with a tire iron; the three of them slit their arms, not the wrists but the bigger veins up near the elbow; she, now, she strangled the boy she was sleeping with and got sent away; that one drank lye and died laughing soundlessly.” Some of the stories are told in depth and others are recounted like the above, but it’s all pretty wretched stuff. It made me very appreciative of my own family.

I can’t find this story online, but here is some traumatized freshman’s assessment of it for class. It’s kind of wonderful. You should also listen to Dorothy Allison talking about dialogue over at Tin House.

I think I might try to read this collection straight through. Get ready.