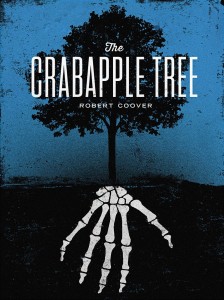 The long, twisted history of Dickie-boy and his family, most of whom ended up buried beneath the crabapple tree.

This happened here in our town. A friend of mine—we were on the cheerleading team together—married a local farmer, and right away they wanted to have a baby, though the doctor said she shouldn’t. She was a bleeder, he said, and if she started he might not be able to stop it. But she didn’t listen. She went ahead and got pregnant, then bled to death during childbirth and was buried out by the farmhouse, under a crabapple tree. It was very sad. I cried for a week. But the baby survived, a pretty little boy; his dad called him Dickie-boy, but I don’t know if that was his real name.

His dad was a hard worker and a nice guy—I went on a movie date with him once when we were young—but he sometimes drank too much and he was hopeless at ordinary household chores and raising babies. So pretty soon he found another wife, either through a dating service or else he picked her up in one of his bars somewhere, because none of us girls knew her. She was a tough, sexy lady, a hooker, maybe. She made no effort to be one of us or to make us like her. I guess she considered us beneath her. We called her the Vamp. She got around, and it was said that she’d taken half the men in town to bed, my own ex included. They all denied it, like cheating husbands do, but, when the subject came up, little shit-eating grins would appear on their faces and their eyes would glaze over as if they were remembering the wild time they’d had.

This is one stylish, wild, spooky story. There’s the hazy, gossipy rural gothic angle — where every character seems to be uniquely screwed up — and then there are these wtf moments I had to re-read a couple times. Dickie-boy’s demise is so insane I actually laughed out loud. I loved this creepazoid story and I bet you will too. Read it here.

P.S. This has nothing to do with the above. One of my favorite comedy writers, Harris Wittels, died recently. Here’s a funny moment from Parks & Rec to remember him by.