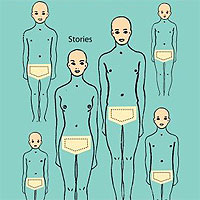 Dudley Durden, aged 50, and his boss, Lombard Cuff III, go on a stakeout.

(from Your Body Is Changing)

Dud was sitting in his house, thinking about how embarrassing it would be to die there. He imagined some ambulance driver carefully picking his way through the squalor so as not to contract tetanus and saying something like, “Pee-yew! No wonder he died! What a dump!” and so on. Ambulance drivers and others acquainted with death on a daily basis were known to make just such sarcastic quips on supposedly solemn occasions.

I smiled the whole way through this story, a long story, on my couch alone. I kind of know Jack Pendarvis (mostly on Twitter) and he’s funny as shit so I pictured him as Dudley Durden even though he’s clearly not Dudley Durden, who is constantly thinking about The New Yorker and how they must look at some guy from Alabama–’Oh wait, this guy’s from Alabama. No way we’re cutting HIM a break. What does some JERK from Alabama know about MIMES? Only us sophisticated so-called New Yorkers are sophisticated enough to understand MIMES.’ These few instances do not do the story justice, though. In any way. They seem sad taken out of context, really, like I am fucking with the world of Dudley Durden.

Check out Jack’s blog and follow him on Twitter because he will crack you up and you will thank me. Do you have McSweeney’s 20? The real pretty one sitting on your bookshelf? It’s in there. 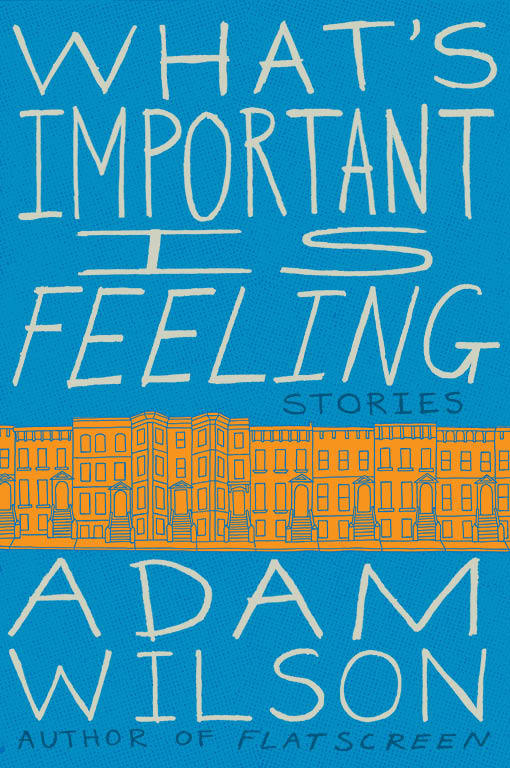 Ben and his buddies Roland, Alex, and Sam all sleep with Kendra, but “sleep isn’t the right word.”

(from What’s Important Is Feeling)

The garage door opened to the street. We sat in lawn chairs, studied the drip of spring rain like we were in a diorama looking out. Across the cul-de-sac, lights lit empty rooms. Alex fell asleep, snored. His head hung limply, chin to chest. Sam sipped, surveyed. Roland spat. Some CD hummed: a chortling bass, the low rumble of tom drums. In the distance I heard thunder, way off to the west.

I loved this story, which is the first that appears in Wilson’s collection, What’s Important Is Feeling, out on February 25th from Harper Perennial. The story encompasses a large chunk of time and covers a lot of ground, too much to describe in a few paragraphs, though it centers around these boys and their feelings for a girl named Kendra, a skinny, punk-rock clarinet player from Hungary. (“I’m Hungarian,” she said. “Of course I play the clarinet.”)

Ben’s sister has recently returned from college. Though she’s not central to the story, her scenes have stuck with me since my initial reading weeks ago: “The lights were on when I got home, but only my sister was up. She was in her room with the door closed, the soft strum of girl folk seeping out through the crack. Trish had recently returned from freshman year of college, ten pounds overweight and in a state of psychological distress. She’d woken one morning to her boyfriend’s boning moans from the other side of the room, and an offer from her roommate to loosen up and join the party. Now she spent her days here: eating ice cream, holding forth to my mother on the failings of my gender.” As a girl who also returned home from college fatter and depressed, I can relate to poor Trish holed up in her room.

I’m not crazy about the final three paragraphs, which take us a few years into the future. I guess I’d rather be left guessing, hoping.

Here’s Adam’s website. You can buy an ebook of the story for .99 here. Kirkus says this about the collection: “Bleak First-World angst, delivered with style,” which basically describes my aesthetic exactly.