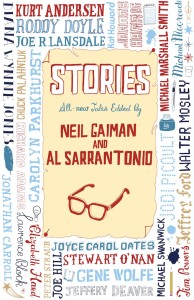 Twins — one an alpha male “demon brother,” the other small and sickly — grow apart but remain linked.

Edgar “Eddie” Waldman is the demon brother, though we don’t see him doing demonic things, necessarily. He’s a bully, and is especially violent toward his sad little brother, whom he made small in the womb and tortured while they were growing up. Eddie’s a lifelong asshole, no doubt about it, but I kept waiting for him to exhibit some subhuman or superhuman traits, something that would warrant our narrator declaring him the demon brother outright. In fact, there’s an epilogue which hints (and perhaps I’m just jumping to conclusions) that some aspects of this story are based on a newspaper clipping. A simple story, ornately told. You can read it here on this weird site that maybe should not exist. 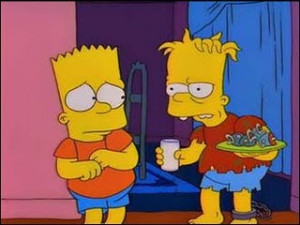 Lots of people have read and commented on this story, mostly when Stories came out in 2010:

David Hebblethwaite gave it three and a half stars, and wrote: “Oates’s prose is dense, with long paragraphs and repeated phrases, which has the effect of putting distance between the reader and events — there’s no forgetting that this a story being told.” I agree with David. I give his last name five stars.

Sophia of Page Plucker wrote “This is not a nice story, but it is extremely well-written and really made me think.” Sophia is right. The not-niceness of this story is unrelenting.

Mario Guslandi of SFSite calls this story a “a masterpiece of subtlety and a wonderful parable of life’s conflicting aspects as represented by the opposite destinies of two very different twins.” I think I agree.

Betsy of Books by Betsy says “Joyce Carol Oates could have shortened ‘Fossil Figures,’ by half.” It didn’t drag on for me, though my reading was interrupted by my train reaching its destination.