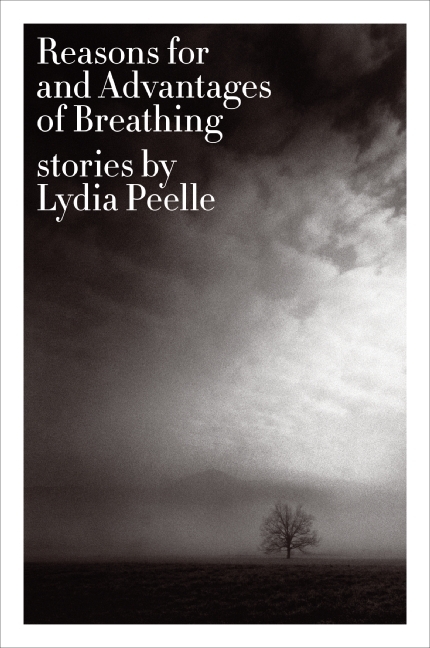 A man running from his past joins up with a traveling carnival.

(from Reasons for and Advantages of Breathing: Stories)

Last night, I left the bus late, ended up at the grandstand, where most of the crowd had gathered for a beauty pageant. It was part of some festival going on in conjunction with the fair: the Corn Festival, the Harvest Festival, the Illinois Pride Festival, I don’t know what. The girls, in their elaborate dresses, all looked incredibly earnest and downright scared, as if this was the most important event of their lives. The winner cried as they crowned her, touching her frothy pink dress and piled-up hair.

Life has definitely gone to crap for Cole. He’s lost his family and the home they shared; he sells junk out of old people’s attics; he’s sleeping with a woman who is in a relationship with someone else, a woman he doesn’t like very much, anyhow. Despite these things, the story isn’t a total downer. Peelle describes the world of the carnival with such precision and detail that it comes fully alive. It also seems like she knows what she’s talking about, like maybe her brother spent a summer working as a carnie or something? Or she interviewed some carnies? I don’t know. This story originally appeared in Epoch and was anthologized in Best New American Voices 2009. You can read some of it here. Gillian Welch interviewed her for BOMB here.