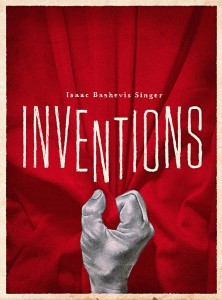 A Communist leader is visited by a ghost, shaking his faith in the beliefs of the Party.

Morris Krakower is clever at conspiracy, but intrigue isn’t necessary here. The press is admitted to the sessions; the police have infiltrated their spies, but Morris needn’t fear arrest. Even if he were arrested, it would be no great tragedy. In prison, he could devote his time to reading. He would smuggle out manuscripts to arouse the masses. A few weeks of prison can only enhance the prestige of a Party worker.

The opening bit tells us this is a story within a story, something an author wrote one sleepless night in the country. This tells us the ghost story is aware of at least some layers of its fictionality; but it also adds to the dim dreaminess of the main action. Are we awake or dreaming when Krakower feels that tug on his blanket? We’re reading a story about a story and yet somehow the paranormal parts are extra spooky. Moreover, this story has a few things to say about political and religious polarization. Hardliner Krakower must force himself to dismiss his vision as a dream or abandon everything he believes in.

Singer is no longer alive; ”Inventions” was written in 1965 and found last year among his papers. It was previously only published in Yiddish. You can read it here.