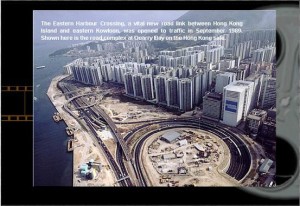 Sarah’s tasked with choosing a bride for Min. Summer jobs are usually the weirdest.

(from Bobcat and Other Stories)

“Don’t you believe in desire?”

“Of course. My grandparents went the length of China with everything they owned on their backs on the basis of nothing but desire. But I can’t imagine them looking to create desire in their relationship. Their lives were saturated with desire; they were looking to carefully, intelligently slake it. You see?”

This story was unpredictable, and full of gorgeous moments, but it felt a touch incomplete. Or left me wanting more. Hm. I think I’ll refer you to an expert for further analysis:

Among the best is “Min,” which is the name of a man of Chinese heritage who brings a female American friend to Hong Kong, where his father is a powerful government official (the year is 1989). The American is charged with finding a wife for Min, even though she would readily volunteer for that role herself.

And in a story full of exotic beauty, nothing is lovelier than the notes Min’s grandmother made when trying to marry off Min’s father in similar fashion. The grandmother chose a woman who would have been unacceptable for racial and economic reasons. But her notes say: “Has no wealth, but carries purple light. Seems like a cloud about to burst. Sleeps lightly, fond of gods.”